Respect on her name: AAMP’s new director of programming has deep roots in activism and the arts

Nina Elizabeth Ball had no idea her passion for poetry and love of the arts would take her on a fulfilling work-life journey.

Around the Baltimore School for the Arts, the high-schooler was known for her writing. Musicians, poets and dancers came to her with their poetry and their raps. So much talent, she thought, should be shared with the school and community.  So, she put together the first proposal she had ever written in her life for an event that would highlight their gifts.

A poet since the age of nine, Ball played around with the word “lyric” for a title that would embody this eclectic mix of performers. “Lyrispect” fit perfectly; it was short for “lyrical respect, lyrical aspect, lyrical spectrum,” she explains.

The school’s dean turned down the idea and the name, but Ball loved the way “Lyrispect” described her and how she approached her work. By the time she arrived in Philadelphia to attend Temple University in 2001, she was known as Nina Elizabeth “Lyrispect” Ball.

“I really thought it was a strong name,” she says. “It encompassed the work I do as a writer. When I tackle a subject, I really try to explore every bit of it. I’m also someone that’s at the intersection of a ton of identities. So ‘lyrical spectrum, lyrical respect’ is the handling of the words.”

Through the years, Ball has carried that aspiration of presenting artists to the community. The young writer developed into an accomplished poet whose natural talents blended with skills she acquired through her openness of spirit and drive to learn. She is a lyricist, spoken-word artist, voice-over artist, educator, event coordinator and arts curator.

Today, she is the director of programming and education at the African American Museum in Philadelphia (AAMP). Having joined the institution in January 2022, Ball’s dream has finally found a home.

“All the ways I’ve worked with people have brought me to this moment,” she says. “All the things I’m passionate about, all my natural skills. I just want to elevate the profile of the museum, and I want to stay authentic to the people that need to be served. So, I want to throw a little sparkle on it.”

It took more than 20 years to get here from the art school, but her love for the arts was born much earlier. Ball grew up in Baltimore, with her mother Colotta Moore and older sister Mia. The three looked out for each other. Since first grade, Ball has been drawn to theater and acting. She was a witch in one school play and Mrs. Santa Claus in another. She loved African and modern dance, and was an avid reader.

Recognizing her love of reading, Ball’s first-grade teacher gave her Nancy Drew mysteries. She and her older sister Mia devoured books they checked out of the library before they could get them home. When writing poetry, Ball included words she learned from the dictionary so she would remember their meaning and expand the vocabulary of people who read them.

She’s “savoir-faire,” a “latitudinarian” and has “eidetic memory,” she says in conversation without a hint of pretension but with the confidence of someone who knows herself.

Growing up, she was a bundle of energy and sometimes ill of temper. Through poetry, she contained the former, released the latter and found healing. “I was processing the things I was coming to discover about the world, and I needed somewhere to put it down and work it out,” she says. “And I started to feel better. I started to feel more evened out. I felt it would be something that would be a companion to me even if I didn’t take it anywhere professionally.”

For Ball, writing poetry comes as naturally as breathing. In her “own little mad scientist lab,” she plays with words to create poetic riffs primarily for herself. Much of it is spoken word, which she performs with a dramatic flair learned from her classical-theater training in high school. (She also sings – once soprano, now baritone.)

Her writings are also activist-driven. Injustice pervades the world, she says, and most people feel helpless in solving it. “One person can make a change,” Ball  says. “I tell people if they don’t know where to start, pick one person to mentor. They can be a peer, or different age or different background. If you’ve only impacted that one person’s life, you have changed the world.”

Ball says her poetry reflects her love of “humans,” God, the universe and community.

She often references God in her poetry, overtly and subtly.  In one poem, she writes:

“God’s got a photographic memory
always snapping my picture
He’s my father so I call him paparazzi.”

“I made a promise to God several years back that I would include God in as much of my poetry as possible even if it’s just a line here or there; a thank you for the gift that was given to me,” she says. “I think that is the heart of what I do, whether it’s community work or poetry.”

She engaged in community work around film after an encounter with African American director Ava DuVernay during a screening in Philadelphia about 10 years ago. Ball promoted independent movies distributed by DuVernay’s ARRAY company (Ball has a B.A. in film and African American Studies).  In a quote on Ball’s website, DuVernay describes her as a Renaissance woman because of her versatility. It’s not how Ball would describe herself, but she accepts it. She explains that she is someone with an active imagination who is open-minded.

“I can find the beauty and interest in almost anything,” says Ball, who has performed around the world. “I’m fascinated by people. I love talking to people. I learn a lot that way which helps me be savoir-faire, a chameleon of sorts, all the while maintaining my authenticity and integrity of character.”

Ball has translated her love into what she calls ‘community-care” projects, including commissioned work that has sustained her livelihood. She created poetry for two Mural Arts Philadelphia playground projects, co-directed a leadership camp for BLACK GIRLS ROCK!,, conducted creative-writing workshops for incarcerated women, coordinated a special arts show for the Philadelphia Museum of Art and co-produced an open-mike showcase at a Philadelphia live-arts venue. She has won numerous awards for her work.

Now at AAMP, she is developing programs to accompany the AAMP’s newest exhibit, Derrick Adams’ “Sanctuary,” based on “The Negro Motorist Green Book.” Published from 1936 to 1966, the book guided Black travelers to establishments that welcomed them during the Jim Crow years. The exhibit runs until Aug. 28, 2022.

Ball acknowledges that reviving interest in the museum may not be easy, and she may have to “street-team” the community to promote it. “I think we do have a heavy lift because first you got to remind people we’re here,” Ball says. “There are people who’ve been riding with us – thank you – but there are so many people who don’t know we’re here, forgot we were here, not interested, (or) none of our stuff speaks to them.”

She sees the AAMP as the cultural hub she’s been looking for since that high-school experience. 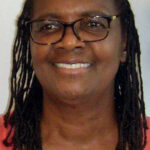 Sherry L. Howard writes the blog “Auction Finds.” She is the author of the book, “ART WITH HEART: How I Built a Sweet Collection by Buying Cheap at Auction.” Her series on Black history can be found on her blog, her Facebook page “Auction Finds,” and on IG @sherleehoward.