Bill Cosby’s release from prison sparked debate between his supporters and those advocating for justice for the women he is accused of drugging and sexually assaulting. As people who are for and against his release continue to fight it out through online commentary and hashtags on social media, at the center of the debate is a transcript. The transcript explicitly states that Cosby admitted to purchasing quaaludes and other drugs and giving them to women he intended to have sex with, without their knowledge. While there are blurred lines about legal and criminal statutes related to the numerous decades-old accusations of assault against Cosby, and whether he should have remained in prison, it seems clear that Cosby expected his wealth, celebrity status, and social norms that minimized the harm caused by sexual assaults to prevent him from facing criminal consequences.

Rape culture is a culture in which sexual violence is treated as the norm and projects blame for sexual assaults on the victims’ behavior, appearance, or profession while exempting or excusing perpetrators of assault from accountability for the violence they’ve inflicted and the harm they’ve caused. The #metoo movement helped to amplify the voices of women who have experienced sexual assault and the non-profit organization operates with a goal to disrupt rape culture, and promote healing, particularly for Black women and girls. Yet, rape culture is continuously promoted in music, films and on television while being served up as hip hop or humor. Many conversations about Cosby’s release highlight rape culture as something society continues to grapple with.

Dr. Mari Morales-Williams, a healing justice advocate for Straight Ahead, and co-founder of Educators for Consent Culture, has been working to raise awareness about consent culture.

Consent culture relates to body autonomy, a right to oneself, and a right to say ‘yes’ or ‘no’ to something, a right to say ‘yes’ and then ‘no’ to something. Raising awareness about rape culture and shifting towards a culture of consent helps us rethink how we engage with each other in community and family spaces. Dr. Morales-Williams asks, “How are we having conversations within our families, schools and communities, about personal power and how power is accessed?” She says “Race, gender, and sexuality are shaped and influenced by a larger historic process of colonization and enslavement and now, by the media.”

SynClaire Arthur, a therapist who is also part of Educators for Consent Culture, asserts that consent culture should be considered broadly when people share space and not just as it relates to intimacy. In the case of teachers and students, consent culture means checking in about how comfortable people are when engaging, especially when there are different power dynamics. Teachers should not assume that their students are comfortable being touched or hugged. Arthur states, “Consent can be as simple as asking a child ‘can I hug you?’ before hugging them. I can’t assume that because I know this student, I can touch them. I think people’s ideas related to who has the power to consent and who doesn’t contributes to a lot of the conversations.” Arthur explains that attire, environment, or people’s relationship to one another does not exempt people from the need for consent.

Advocacy for consent culture also includes talking about male survivors. In most cases (about 80% according to a study by Michigan.gov), those who commit assault have also been assaulted. But conversations about the experiences of men, gender non-conforming, and trans folks are limited. “Mainstream media has co-opted the “metoo” narrative in a very binary way that sees all women as victims and all perpetrators as male. Masculine folks are not often seen as victims because they are perceived as able to protect themselves. This is largely because we live in a patriarchal society where not protecting themselves means they have failed at manhood – at any age” said Dr. Morales-Williams.

Writing this off as humor does not address the seriousness involved and does not create space for men to speak up about their experiences as victims of sexual assault.

Educators for Consent Culture has a goal to reframe approaches to conversations and invite a deeper spirit of curiosity and vigilance in the community. Their programs explore language for boundary setting and power dynamics that support community healing. Morales-Williams says, “It’s harder for some people to see how a healing process could do way more for the culture than a jello pudding sponsorship.”

Educators for Consent Culture grew out of a teacher’s action group inquiry series in the spring of 2019, K-12 educators, youth workers, and sexual health workers wanted to support young people and their school communities in understanding what consent was and understanding the various levels of rape culture. They are looking for men and masculine people from Philly and they get involved by emailing educatorsforconsentculture@gmail.com. Learn more at www.ed4consent.org or on Instagram @ed4consent. 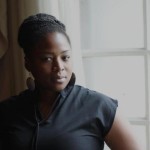