In recent years, 16-year-old Cayla Waddington of West Philadelphia has become something of a celebrity in Philadelphia.

Though still in her teens, she has been quoted as far away as Boulder, Colorado. She has met and continues to meet regularly with elected officials, including judges, senators and councilpersons. She has done surveys, sat on committees and participated in an increasing number of oratory contests.

It is all because Waddington, a junior in high school, is at war with gun violence along with like-minded youths and citizens throughout Philadelphia.

Eventually, Waddington wants to be a prosecutor and attack gun violence head-on, but she wants to do it in a way that Dr. Martin Luther King Jr. would approve.

To that end, Waddington showed up with four other youth last week at the Martin Luther King High School’s Sixth Annual Thomas and Woods MLK Oratorical Contest to wrestle with a seeming conundrum: how and why to “love your enemies” amid the skyrocketing gun violence in Philadelphia, specifically in underserved communities like Waddington’s.

The riddle they wrestled with last week was whether it was how to solve the city’s ongoing problems. But Waddington, and the four other contestants, wanted to discuss how to do it the way Dr. Martin Luther King Jr. would — through love.

Much was at stake in this contest in a city where poverty runs high.

The total prize money of $3,500 was divided between first, second and third place winners. It would go a long way to help defray some of the bills these teens would have to pay in order to succeed in those “dreams” of opportunity of which King had often spoken about. This is especially true for those dreams of contestants like Kevin Leonard, 17, who wants to be a physicist; Antoinette Ellis,16, who wants to be a nurse practitioner; and Waddington who wants to study law.

Waddington does not believe hating one’s enemy is wise, sharing, “My dad used to say that the greatest revenge is massive success…”

She said the frustrations due to lack of opportunity in underserved communities often create pressures that explode into anger, self-hate and, resultantly, violence.

“It is said that hurt people, hurt people…” she said. “We can only love others once we truly love ourselves.”

As the student contestants vied for the hearts and minds of the five judges and an audience of about 60 parents, teachers and other supporters.

Cayla Waddington is determined to become a prosecutor. Her mounting experience as an eager high visibility anti-gun activist and student at Mathematics, Civics and Sciences Charter School, has not only sharpened her focus but apparently paid off by helping her to hone her oratorical skills. It may have been that advantage that helped her take home the $2,000 top prize in the contest. Antoinette Ellis received a $1,000 award and Ava Jackson won $500. Runners-up were Khyree Cousins of Imhotep Charter School in North Philadelphia and Kevin Leonard.

Though advocating for the use of love as a tool to fight gun violence, four of the five students said they understood “Loving Thy Enemy,” could be difficult at times.

“With the scope of gun violence in the city, people might say that loving your enemy is impossible,” said Leonard. “But [the kind of love King taught] — agape — allows for one to push past bitterness and see that retaliation only continues the cycle of death and that, in order for you to be at peace with loss, you must release a person from their actions and be willing to stand down.”

Second place winner, Antoinette Ellis, expressed her upset of young people dying at the hands of other youth. She worries that people are becoming “desensitized” to gun violence. “People must realize that this can’t be normal and should not be normal. Gun violence is not normal!”

The young speech makers seemed to already be acting on their beliefs and serving the community. Some are anti-gun activists working with politicians, teachers, city officials and other activists. They are student resisters like in the old days when Student Nonviolent Coordinating Committee (SNCC) and young Congress of Racial Equity (CORE) volunteers went out to register voters and stage sit-ins.

Waddington said she helped organize,”Enough is Enough,” an anti-violence group in the city.

“We surveyed 1,300 students,” she said following her speech. “We went out and talked to students about the gun violence problem and what students think the problem is.”

Waddington continued, “The survey found that eight out of 2 youths weren’t sure they would live past 25… they didn’t know if they would live much longer because of gun violence.” She added, “fortunately, I haven’t lost friends, but students have passed away and we have had multiple memorial services. They died sometimes just getting off buses…” Overall, she said students surveyed felt there needed to be better gun laws.

The theme of mental health contributing to gun violence was consistent in the speeches. Waddington said the lack of attention to mental health issues is one reason she wants to become a prosecutor.

“People are really quick to give lengthy sentences to those who have gun crimes… that’s not helping kids.” She believes, in many cases, youth are not taught options to avoid violence.

“When kids do wrong, [judges] don’t have to ruin their entire life. There needs to be counseling or after school programs… to turn their lives around…broad, holistic programs,” she said. “They would not be going out to hurt people if their everyday lives were okay. There’s nobody around to tell them what’s right and what’s wrong and they’re not thinking they have a future.”

Like Waddington, Ellis is putting her words into action. She  serves on an advisory committee for a government-funded anti-gun initiative called the 57 Project which seeks to help neighborhoods with increased gun violence activity.

She believes much of the gun violence stems from mental frustrations, lack of education and opportunities.

“We lose the war when we give in to hate. Hate distorts the personality of the hater. It leads to another tragic ending…We must love others regardless of their flaws,” she said.

Ellis shared that she intends to tell the 57 Project advisory committee that, “The process of getting guns is too easy and better mental and character checks need to be done. My interest is more so about getting mental health for the individual. You must love yourself…it doesn’t help if you don’t like yourself.”

In his speech, Leonard, looking a bit like a bearded young Dr. King, rolled sonorous tones over the audience from the stage. He too admitted that practicing “agape love” might be hard. “I’m no champion at forgetting [a wrong],” he said. “But we must be willing to engage in the process.One without the power to forgive is one without the power to love.” He believes love must be the final word.

“It’s not hard [to do agape love],” said another contestant. “One needs to stop, breathe, detach himself, and seek to understand.”

“People don’t realize that they have to love themselves before they can love their enemies in true agape fashion,” said another.

After the student speeches, Councilperson Kendra Brooks  gave her own explanation of agape to the audience and shared her attempts to practice agape love since becoming a councilwoman. She said it resulted in a number of unusual alliances.

“It’s something I struggle with everyday quietly as an elected official” she explained.

A point the students referenced often in their speeches was that to love your enemy you need to learn to love oneself. They are already working to practice what they preach.

The 6th annual Martin Luther King Jr. Speech Competition held at Martin Luther King High School was sponsored by Thomas & Woods Foundation, founded by Philadelphia Councilperson Isaiah Thomas. The foundation addresses the need for affordable, safe activities both during the summer and throughout the year. 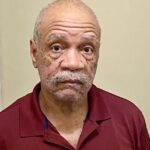 Dwight Ott Sr. is a freelance reporter and award-winning journalist and writer based in the Philadelphia region.