Women’s History: Tonya Ladipo launched a mental health practice to heal the Black community and herself

Tonya Ladipo never intended to launch one of the only therapy practices in the Philadelphia area specializing in mental health services to Black communities. But, as a therapist herself, Ladipo could see how the needs of Black clients, as well as her own mental health needs, were not being met.

While working for a variety of behavioral health nonprofits in Philly, she would watch, distressed, as white mental health professionals would gaslight Black clients, especially when it came to concerns of discrimination and bias.

Ladipo noticed something else: when Black clients struggled with depression and anxiety, white providers often jumped to the conclusion that they suffered from a misinterpretation of life events, insufficient coping skills or a chemical imbalance.

“That is true sometimes, but you’re hurting Black people when you assume they only need new coping skills without understanding the daily barrage of racism or sexism or transphobia that they are enduring. It’s re-victimization,” she said.

And then there was the matter of her own professional well-being. Ladipo studied psychology then social work so that she could help people heal. Yet, at the nonprofit where she then worked, she cringed as some white providers disparaged Black people.

“I remember sitting in case consultations where therapists would talk about cases and being the only Black person there,” she recalled, “and they’re talking about Black clients and they’re either dismissing their blackness or talking about it in a very diminishing way.”

After those experiences, the Chicago native understood her assignment. In 2004, Ladipo launched The Ladipo Group. The practice focuses on individual, couples and family therapy and offers diversity, equity and inclusion (DEI) counseling for companies. According to Ladipo, the practice was initially forced to advertise due to the stigma and shame associated with therapy in the Black community (i.e. that it somehow made one weak and incapable of handling life).

But over the past seven years or so, a barrage of collective traumatic experiences impacting Black people, including the COVID pandemic, the murder of George Floyd, police brutality, and community violence, have shifted cultural acceptance of therapeutic support. The Ladipo Group no longer advertises and has a waiting list of clients.

Black people are no longer ashamed to admit it. “People are like, ‘I’m not okay. I need help’” Ladipo said.

The past two years have been a tough slog for Black people, especially poor Black people. Black households have faced financial demands through the pandemic and the subsequent recession and have died from the virus in numbers disproportionate to their white counterparts.

The public murders of Black men have taxed the mental health of all people during these trying times. But for Black folks, the trauma they suffer is akin to experiencing PTSD, Ladipo said.

Her services have never been more important.

“It’s been a doubling down on our commitment to Black people, because we love us,” she said. “This comes from a place of love, and we put that love into action, knowing that we deserved better than we ever received and wanting to do all that we can to deliver the best to our people.”

Not only did she have to make sure her clients were getting the help they needed, but her employees, too.

“I was intentional in not treating people the way I had been treated,” she said. “So when the pandemic hit, and the racial reckoning, one thing I knew I had to do was to take care of my team — give them more time off, give them time to process what they were going through.”

The so-called racial reckoning has also forced The Ladipo Group to increase another layer of services — equity, diversity and inclusion consulting within the workplace. Demand for consulting exploded, but Ladipo guesses she turns away 90 percent of the business that comes her way. She is clear with companies about what would and would not be acceptable as a condition of working with them.

These days, the practice is so busy that Ladipo is looking to hire more psychotherapists and diversity, equity and inclusion specialists. The group also leverages social media to provide safe space for Black people to have difficult conversations. Right now, the practice uses Twitter Spaces to talk about the pressing and culturally relevant issues that may trigger the complicated emotions Black people may feel.

“We really want to give people some skills on how to take care of themselves, how to deal with the hard stuff without it breaking you.” 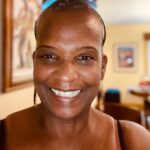