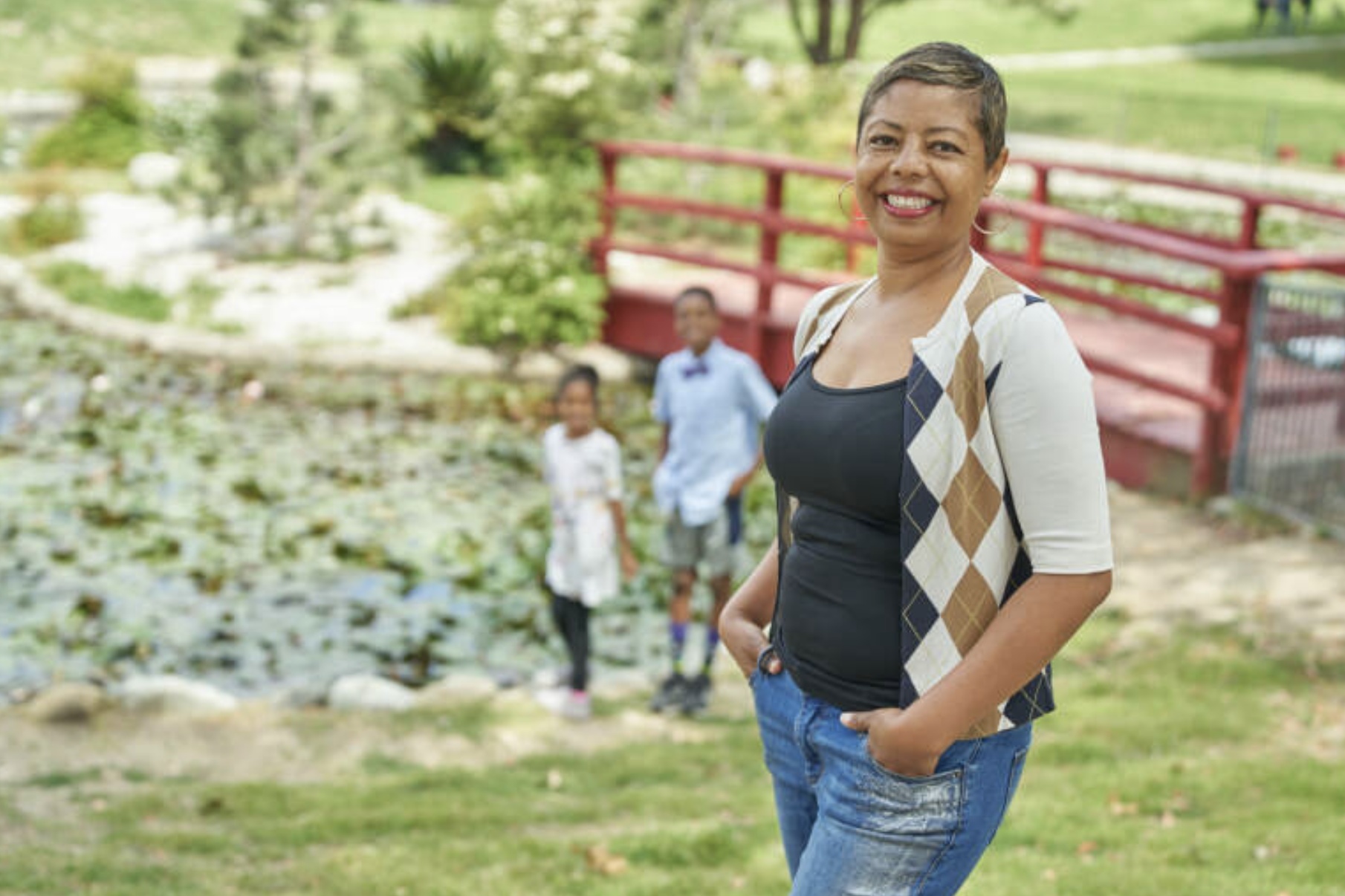 By Sojourner Ahébeé for WHYY

This article originally appeared on WHYY

When Robert Joseph Taylor was a young child, he had a familial relationship with a child his aunt had taken in as her own. The child’s name was Pat. A friend had put Pat in the care of Taylor’s aunt because she wasn’t able to raise her herself.

Taylor grew up referring to Pat as his cousin, though they weren’t blood-related. And they shared all of the things families share together: vacations, meals, family ceremonies. It wasn’t until very recently that Taylor discovered the whole story.

“I [had] a cousin that I knew all my life was my cousin but turns out she’s really [wasn’t]. She was more of a play-cousin,” Taylor said.

“Pat passed away recently in her late 70s,” he said, “and it’s only a few years ago [that I asked] Pat how we are related. And then she explained it.”

Taylor is the Harold R. Johnson Endowed Professor of Social Work at the University of Michigan, and for years he’s studied informal social support networks among African Americans. According to data Taylor reviewed from the National Survey of American Life, the vast majority of African Americans reported having at least one fictive kin relationship  — that is, a relationship with at least one individual who was unrelated by blood or marriage but was regarded as a relative. Taylor said fictive kinship networks have been shown to be key sources of social and economic capital for many African Americans.

For Nefertiti Austin, that resonates.

Austin is the author and memoirist of the critically acclaimed “Motherhood So White: A Memoir of Race, Gender and Parenting in America.” A Los Angeles native, she has spent a lot of time researching and writing on the history of Black social networks.

When she was 9 years old, she experienced for herself a distinctly Black notion of family. In the late 1970s, Austin’s maternal grandparents, Ann and Henry Hawthorne, adopted Austin and her brother and would go on to raise them as their own. But it wasn’t a formal adoption with all the usual bells and whistles. They didn’t use social workers. They didn’t file termination of parental rights papers, nor did they receive any financial help from the government for the care of their grandkids. Instead, like many Black families do, they opted into an informal arrangement with Austin’s biological parents and took their grandchildren on as their own kids.

In the ’60s and ’70s, Austin’s biological parents were heavily involved in the Black Power Movement. Activism consumed them. And by the time Austin was born, she said, her parents were not ready to let go of their lifestyle. For years they struggled with addiction, and one year Austin’s mom was placed in a drug rehabilitation center.

“My brother and I needed someplace to go,” Austin said. “And so my maternal grandparents stepped in, and that’s how we started living with them initially.”

Her grandparents brought a lot of stability to Austin’s and her brother’s lives. They were old-school Southerners who had migrated to California for new opportunities. They ran a tight ship, but they did it with a lot of love. So naturally, Austin had a very busy schedule as a child. She took piano lessons, she played volleyball, she was on the debate team. And her grandparents were always there to support her.

“I’d have practice and [my grandfather would] wait, and it was no big deal,” Austin recalled.  “He’d be, like, well, ‘I have my reading material, I have my dried apricots. I’m good. I’m just going to sit here and you go do what you need to do.’”

“And I know unequivocally that had I been raised by my mother, my life would have been very different.”

As a child, Austin said, she didn’t know other Black families in her immediate community who had informally adopted relatives. It was not until she became an adult that she realized it was a very common practice among African Americans. And there were other examples in her own family. For example, her paternal grandfather.

“I called him Pop,” said Austin. “His mom passed [away] when he was an infant, so he was raised by his dad and his grandma.”

On average, Black Americans are informally adopted at higher rates compared to other racial groups. Black American grandparents specifically are more likely to be primary caregivers of their grandchildren than the general population. And while many other groups have a tradition of taking care of relatives in need, sociologists and child-care advocates say informal adoption is a distinctly African American cultural phenomenon.

This particular kind of generosity has roots that reach as far back as pre-colonial Africa.

“I think that we attach less value on who specifically is the mother as opposed to the child belonging to the community, and that it’s the community’s responsibility to take care of those children in it,” Austin said. “And at the end of the day, it doesn’t matter if you gave birth or I gave birth or if that’s your cousin or my cousin. We are responsible for who is in front of us.”

As Austin read more on the topic, she found that there’s historical precedence for Black informal adoptions in the United States.

“Definitely having been … descendants of enslaved people and not having control over our family configurations, I think that Black people just double down on `we must take care of whomever’ because who we say we are as family, it’s fragile, and someone can take it from us at any point,” Austin said. “But even if someone takes you away, you always know that you are cared about, and that you can go find that someplace else. We’re less concerned about how you got here. You’re here now. So how can we support you?”

According to Austin, this age-old tradition of caring for relatives can make a huge difference in a person’s life trajectory. Today, almost a quarter of children in foster care are Black, yet they make up only about 14% of the U.S. population. That means there is a disproportionately higher rate of Black children being removed from their biological families. The experience of foster care for these children has been rife with trauma and loss, leading to a host of mental and behavioral health issues. But the choice to adopt, whether informally or through an agency, can be a protective barrier against this.

“And what it also does for children is it keeps them out of the foster care system and it removes the stigma around children who are not raised by their biological parents,” Austin said.

Austin didn’t always want to be a mother, but in the early 2000s she started to feel that itch, as if there was something calling her to adopt. And she knew she wanted to adopt a Black child. On average, Black children in the U.S. foster care system are adopted at lower rates than children of other races.

“And I went the public foster care route because there weren’t any children in my immediate family or extended family who needed a home, because if they did, I definitely would have done that first,” Austin said. “There are so many children right here in Los Angeles who need homes, so private adoption or an international adoption just didn’t make a lot of sense for me.”

In 2006, Austin started the process, and her son was placed in her care the following year.

“When I think of just how young Black men [and boys] are treated, it makes me feel good to know that I could be part of the solution,” Austin said.

And a few years after her son’s arrival, she adopted a Black baby girl.

“And then having a daughter and thinking about all of the places she can go and the amazing trajectory that she can have … to give her that opportunity to shine as bright as possible, it feels good.”

For Austin, one of the biggest joys she experiences as a mother is when her children ask her about the prospect of adopting kids when they grow up.

“I think that’s so cool that they feel that this experience has been positive and loving and supportive enough that perhaps they will pay it forward for another child,” she said.

When Austin looks back on her call to adopt, in many ways it feels like she’s taking part in a cultural tradition that her family and her community have practiced for generations.

And her choice to adopt makes her feel all the more close to them.