For people who are returning home from prison, news that the labor market has become a little more friendly is encouraging. Still, according to a report released by the Brookings Institution in January, 45% of returning citizens find themselves without work a year after their release.

According to the federal Bureau of Labor Statistics, about 20 million people decided to leave their jobs in 2021 for reasons ranging from a fear of being exposed to one of COVID-19’s variants to a desire to do something else with their lives.

The “Great Resignation” has led to shifts in the job market that have created openings that could represent opportunities for people who have traditionally had problems finding work, namely people who are re-entering the workforce following incarceration.

When Ebony Jones of Southwest Philadelphia was released from prison in November 2020, she had to negotiate a COVID impacted landscape to find employment.

“When I first came home, I was applying online,” she said. “I was going in person trying to apply to companies. And they kept telling me, ‘Come back in January.’ So, I came back in January and was told that they were trying to figure this out because of the pandemic.

Even without a pandemic to deal with, finding a job can be a complicated process for those who have been formerly incarcerated. While in custody people tend to experience diminishing work skills and lack of opportunity to pick up new ones, according to Michael Butler, Workforce Development and Industry Relations Coordinator for the Institute for Community Justice.

“Even though there are so many jobs out there, some of the people that can fill them sometimes just don’t have the ability and skill to actually do the job,” Butler said. “I also think that what happened with employers and how COVID hit was that a lot of organizations like ours were not able to be hands-on with people coming out of prison. So a lot of the skills, a lot of the things that [are] needed in the workforce were missed, because people like us couldn’t help them.”

Jones, who eventually landed a job at ShopRite, said many businesses being closed and inaccessible during the pandemic made her job search even more challenging.

“It was really hectic,” she said. “And it was so discouraging.”

After taking a training course at the halfway house where she lived, Jones was hired as a scanner at the Brown’s ShopRite store on Fox Street in North Philadelphia. Although the COVID-19 pandemic made it a challenge at times, working at the store has been good for her, because the tough part — her prison record —  did not get in the way.  Her employer, who intentionally employs people with a record, didn’t see it as a barrier.

“I actually love it,” she said. “I commend [ShopRite owner] Jeff Brown for even giving us the opportunity to come in. It’s different when you apply for a job and you have to disclose at some point that you have a record. Coming into a job where they know already means that you don’t have to tell a lie or hide it because they know. They’re aware of the situation. It just gave me the confidence to move up within the company.  I started in the deli. And then I did part-time work in the scanning office and now they want to train me to do some more things.”

Thanks to such things as Philadelphia’s Fair Criminal Record Screening Standards Ordinance, commonly called the “Ban the Box” law, returning citizens have a better chance of getting a job. Under this law, it’s illegal for prospective employers to ask job seekers if they have a criminal record on job applications or during the initial interview. More than twenty-five municipalities, including Chicago, Atlanta, Baltimore, and San Francisco, have enacted similar laws. A federal “Ban the Box” law went into effect in December of 2021.

Employers have become more interested in hiring people who have been incarcerated, said Jeff Abramovitz, Executive Director of Justice Partnerships for JEVS Human Services. Helping people who have just gotten out of prison or jail find employment is one of the things he does at JEVS, an acronym for Jewish Employment and Vocational Service. JEVS serves people of all backgrounds.

“We’ve been getting a lot of interest,” he said. “We’ve had a lot of people getting placed into jobs. Also, the passage of the Infrastructure Bill has led to people getting access to training and finding jobs. The job market is finally tapping into what we call “untapped talent”.

Because of this, businesses ranging from Bank of America to Amazon and Walgreens are now starting to consider the formerly incarcerated when looking for workers. For communities of color in a city like Philadelphia, this could have a significant impact. According to the Brennan Center’s report, “Conviction, Imprisonment and Lost Earnings,” people who have had early interactions with the criminal justice system account for $372.3 billion in lost earnings potential.

Brown has been trying to tap into that potential since 2008 when he began hiring returning citizens to work in his citywide chain of grocery stores. The idea came to him through a customer who believed that he could do some good by giving nearby residents an alternative. Brown is a big believer in this part of his workforce.

“Having a diverse workforce makes our business more robust,” he said. “We took care of [our workers] during the pandemic, and because of that, we didn’t have the shortages of workers that some other businesses had.”

It’s clear that having a diverse workforce makes businesses and communities stronger. But Making sure returning citizens find good employment is a critical first step. Increasing the possibility of sustained employment and growth opportunities is a necessary next step.  This requires that employers think outside of the box, according to Butler of the Institute for Community Justice. This means understanding that these employees may need some things that other employees might not.

“It’s not that they can’t find a job,” Butler said of the people he works with. “It’s not that they can’t get the job. It’s that when they do get the job, the job doesn’t understand that they have been incarcerated and that there [are] a lot of barriers that they have to go through. Like a parole agent, for instance. A parole agent might want to see you and he or she doesn’t care that you have to work. He or she wants to see you now. And that’s difficult because the employer doesn’t understand that.”

To help employers better understand, the Institute for Community Justice will share that kind of helpful information with companies attending the institute’s Prison Summit in October.

The Center for Returning Citizens 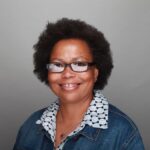